I hit the road to Vermont with a 15-CD set of Dr. Martin Luther King’s complete speeches and sermons. I had over 1,000 miles of listening on my way to a two-week retreat in a hidden room in the back of a barn. I was to be “Philosopher in Residence” at the Museum of Everyday Life. That’s a fancy way of saying a life of solitude on the cheap. I had just completed formal training at the University of Rhode Island to become a certified trainer in Kingian Nonviolence and I wanted to immerse myself in Dr. King’s life, philosophy, and the movements that both shaped him and he shaped. 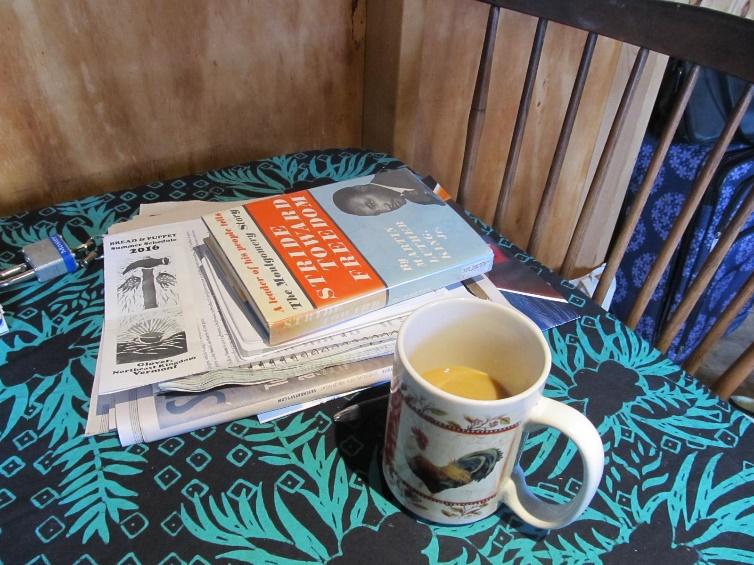 Once at the barn, I jettisoned technology and read. Stride Toward Freedom (1958) was Dr. King’s first book, written when he was just 28 years old and a reflection on the birth of his own activism for racial justice. He grew into his own during the 381-day Montgomery bus boycott, launched by Rosa Parks and ultimately successful in chipping away at Jim Crow laws. This short book lays out in one chapter, “Pilgrimage to Nonviolence,” his Six Principles of Nonviolence.

But beyond the Principles, what stuck with me most is the story of many generations of Black Americans walking or carpooling together in Montgomery for day upon day.

“While the nature of this account causes me to make frequent use of the pronoun ‘I,’ in every important part of the story it should be ‘we.’ This is not a drama with only one actor. More precisely it is the chronicle of fifty thousand Negroes who took to heart the principles of nonviolence, who learned to fight for their rights with the weapon of love, and who, in the process, acquired a new estimate of their own human worth. It is the story of Negro leaders of many faiths and divided allegiances, who came together in the bond of a cause they knew was right. And of the Negro followers, many of them beyond middle age, who walked to work and home again as much as twelve miles a day for over a year rather than submit to the discourtesies and humiliation of segregated buses. The majority of Negroes who took part in the year-long boycott of Montgomery’s buses were poor and untutored; but they understood the essence of the Montgomery movement; one elderly woman summed it up for the rest. When asked after several weeks of walking whether she was tired, she answered, ‘My feets is tired, but my soul is at rest.’”

The words of this woman, Mother Pollard, are so powerful because she knows she is doing what is right and true, and joining with others in that cause.

Coming together across generations is about “we” above “I” for virtually all cultures. But those bonds are fragile in an America that turns human beings into economic units. The Earth Knows My Name: Food Culture, and Sustainability in the Gardens of Ethnic Americans (2006), by Patricia Klindienst, is a meditation on intergenerational communities in this country. 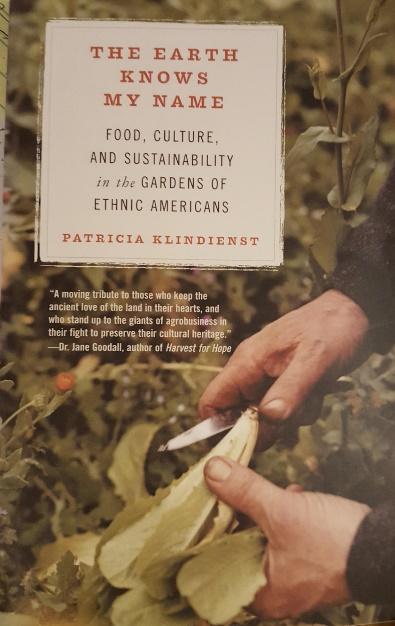 I treasure the lyrical prose of the author, a gardener and writing instructor at Yale. She begins with her own heritage as an Italian American and in eight chapters, takes the reader on a national tour of food gardens of Native Americans, Cambodians, Puerto Ricans, Japanese, Germans, and the Gullah people of South Carolina. They have in common a sad story of dislocation and cultural loss as American consumer habits take over new generations.

But woven in are stories of the caretaking of plants and customs surrounding it that literally ground friends, grandparents, and children, of which these are two:

One son of Italian immigrants in Massachusetts recounted how his father, having moved into a basement (“not a basement apartment but a basement, we were so poor”) in New York City, broke up the asphalt in an unused parking lot. “There was pretty good soil underneath, it turned out. He dug it up and before you know it he had this incredible garden…. He got his seeds from friends. They would go to each other’s gardens and investigate and talk. If somebody’s crop – say, lettuce – didn’t do well, they’d give them some. There was a lot of exchange. That was a gift they could give to their neighbors. They never bought seeds. They didn’t spend money on the garden. Otherwise, they thought they were defeating the whole purpose of a garden. There was a fellow up the street who had a slightly bigger garden who used to give away tomato seeds.”

A Cambodian refugee remembered the peaceful rice fields before they became killing fields. Speaking of the cold season when rice is shorter, he said, “Late in the evening before [the villagers] go home, they build fire, put rock inside the fire, then wrap towel around it, and you take it to your bed with you, to warm you up. Or if a house not too tall, like an elephant height, ten or fifteen feet, then you make a fire under the house and then you spread charcoal. There’s no insulation, so in winter it’s really difficult, but also enjoyable, because family members, friends, all sit around the first telling ghost stories until midnight, when you go to sleep.”

Reading these books, I am reminded that interweaving our families – by blood or by choice – into our lives is a generative act, nourishing in every sense of the word. “As we stroll” in a garden, Klindienst writes of one of her hosts, “she fills my arms with food.”

Welcome to our blog! In addition to our staff contributors, we feature guest bloggers to share their “senior moments” and expertise with you.

H.O.M.E. is a one-of-a-kind organization that fosters joy, independence, and connection for older adults. Your donations help us support low-income seniors in Chicago.